We have an amazing line-up of artists, activists and academics participating in the QIS workshop to share their work and generate discussion.  For more information, see below!

MERRIE CHERRY reigns over the Brooklyn drag community with a sweet hand. She hosts, MCs and plans events in the popping community and beyond. The creator of the Brooklyn Nightlife Awards, she has set a new meaning of what is means to be a drag queen. With no plans to stop we can expect so much more from this cherry. Stay tuned! 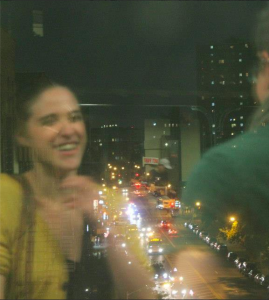 RACHEL CORBMAN is participating in the Queer Studies Workshop on behalf of the Lesbian Herstory Archives (LHA). Founded in 1974, LHA is the oldest and largest repository dedicated to lesbian history. As well as owning a physical building in Park Slope, LHA has in recent years been expanding its digital presence– a process that Rachel is eager to share with the participants of this workshop.  Rachel holds an interdisciplinary MA in Liberal Studies from CUNY Graduate Center as well as an advanced certificate in archival management from NYU. In the fall, she will begin a doctoral program in Women’s and Gender Studies at Stony Brook University. Her current research centers on U.S. feminisms in the 1970s and 1980s and the institutionalization of Women’s and Gender Studies in American college and universities. As a member of the coordinating committee of the Lesbian Herstory Archives, Rachel is responsible for the more than four hundred collections of personal papers and organizational records that have been donated to LHA over the past forty years.

HADASSAH DAMIEN is an open-source technologist and digital humanist, multimedia artist, and queer community organizer. She is the Resident Scholar at the Interference Archive in Brooklyn, NY, where she is researching a book on the history of raised fists in political art.  Professionally, Damien is an open-source catalog and database software developer, and digital communications specialist at Openflows Community Technology. She holds an MA in American Studies, and a Certificate in Interactive Technology and Pedagogy from the CUNY Graduate Center. She blogs at www.femmetech.org. She is co-founder of Heels on Wheels, a working-class-led, multi-racial queer femme performance art troupe which produces an annual national tour and a monthly salon. Her queer, feminist, dystopic, sci-fi novel Polyester can be read online at: www.damienluxe.com. 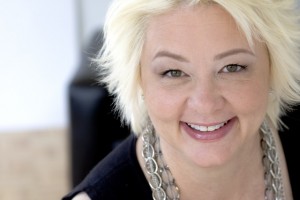 JESSIE DANIELS (PhD, UT-Austin, Sociology) is a Professor at the Graduate Center and the CUNY School of Public Health. She is an internationally recognized expert on the Internet manifestations of racism. Daniels is the author of two books about race and various forms of media, White Lies (1997) and Cyber Racism (2009), as well as dozens of peer-reviewed articles in journals such as New Media & Society, Gender & Society, American Journal of Public Health, and Women’s Studies Quarterly. Some of her research and media-making involves LGBTQ youth and their use of mobile technology. She is co-author, with Mary L. Gray, of “A Vision of Inclusion: An LGBT Broadband Future,” a report for that offers a bold rethinking of Internet policy. Daniels is the Director of JustPublics@365, an initiative funded by a grant from the Ford Foundation intended to reimagine scholarly communication in the digital era for the public good.

JACOB GABOURY is a PhD Candidate in the department of Media, Culture, and Communication at New York University and a staff writer for the art and technology organization Rhizome at the New Museum for Contemporary Art. His work engages the early history of computer visualization and queer theories of technology. This fall he will begin a position as Assistant Professor of Digital Media and Visual Culture at Stony Brook University in the department of Cultural Analysis and Theory. He is currently the Institute for Electrical and Electronics Engineers’ Life Member’s Fellow in Electrical History, a Lemelson Fellow at the Smithsonian’s National Museum of American History, and the Tomash Fellow of the University of Minnesota’s Charles Babbage Institute. 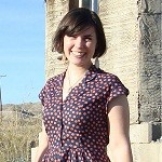 MARGARET GALVAN is a PhD candidate in English with a film studies certificate at The Graduate Center, City University of New York. She is writing a dissertation entitled “Archiving the ’80s: Feminism, Queer Theory, & Visual Culture” that traces a genealogy of queer theory in 1980s feminism through representations of sexuality in visual culture. She works as Coordinator of Education and Support for OpenCUNY, an open-source participatory web platform for students at The Graduate Center, CUNY. She teaches writing and research seminars in the Gallatin School of Individualized Study at New York University and works as an Instructional Technology Fellow at Brooklyn College. See margaretgalvan.org for further information. 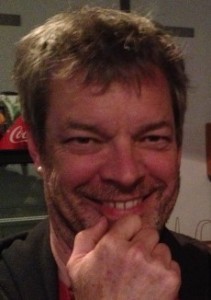 DAVID J. PHILLIPS holds a doctorate from the University of Pennsylvania’s Annenberg School of Communication. His work brings together surveillance, queer theory, and infrastructure studies.  His overarching question is whether and how infrastructures of data exchange and knowledge production can be made amenable to democratic action, non-normative identities and ideals, and queer world-making. He is the author of many works exploring the relations among information, economics, ideology, policy, culture, identity, and technology. Most recently, his work employs theatre performance as research method, and in 2013, he was co-creator of “Work and Play at the Thresholds of Legibility,” a collaborative theatre piece exploring two themes: the ways life is contorted to become legible to surveillance systems and the pains and pleasures of those remaining illegible.

BRYCE J. RENNINGER is a Ph.D. candidate in the Media Studies program at Rutgers University’s School of Communication & Information.  He teaches courses that explore media technologies through history, production, and theory. He is currently working on his dissertation, Resisting Marriage-as-Ideal Online: Non-Normative Sexual Politics and the Internet, which explores various ways information and communication technologies are manipulated, produced, consumed, and used in ways that de-emphasize or question the dominance of sexual and romantic normativities. He has also written extensively about independent and world cinema, serving as an editor for the film website indieWIRE.  He is also a film programmer who has worked on NewFest: New York’s LGBT Film Festival (2008-11), and the series Films for the Occupation (December 2011) and Dirty Looks: On Location (July 2012).  In Spring 2013, he co-curated the art and technology exhibit Trans Technology with Christina Dunbar-Hester at Rutgers’ Douglass Library.

KALLE WESTERLING is managing the social media and website for The Center for Lesbian and Gay Studies at The Graduate Center, CUNY. Most of his days, he is a performance and theatre scholar interested in the politics of transgender performance and queer bodies on stage. Specifically, he is currently working on finishing hisdissertation at Stockholm University on the politics of drag in a Swedish context and a comparative perspective with New York’s drag scene. He is also working on a potential dissertation project at The Graduate Center, CUNY, on male bodies in burlesque—on New York City’s burlesque scene in the 1920s and 1930s as well as contemporary boylesque performances in the city.

This work by Jack Gieseking & Jessa Lingel is licensed under a Creative Commons Attribution-NonCommercial 3.0 Unported.